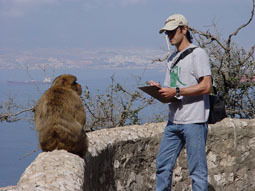 Agustín Fuentes, trained in Zoology and Anthropology, is the Edmund P. Joyce C.S.C. Professor of Anthropology at the University of Notre Dame. His research delves into the how and why of being human. Ranging from chasing monkeys in jungles and cities, to exploring the lives of our evolutionary ancestors, to examining what people actually do across the globe, Professor Fuentes is interested in both the big questions and the small details of what makes humans and our closest relatives tick. He has published more than 150 peer reviewed articles and chapters, authored or edited 19 books and a three-volume encyclopedia, and conducted research across four continents and two-million years of human history. His current explorations include the roles of creativity and imagination in human evolution, multispecies anthropology, evolutionary theory, and the structures of race and racism. Fuentes is an active public scientist, a well-known blogger and lecturer, and a writer and explore for National Geographic. Fuentes’ recent books include “Race, Monogamy, and other lies they told you: busting myths about human nature” (U of California), “Conversations on Human Nature(s)” (Routledge) and “The Creative Spark: how imagination made humans exceptional" (Dutton).

Fuentes examines human evolution from several perspectives, and his research sheds light on some of the most common misconceptions about human nature, specifically in the areas of race, sex and aggression. He is the author of “Evolution of Human Behavior,” which examines how and why humans evolved behaviorally, and “Health, Risk and Adversity,” which provides a comparative approach to the analysis of health disparities and human adaptability and focuses on the pathways that lead to unequal health outcomes. 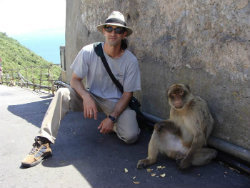