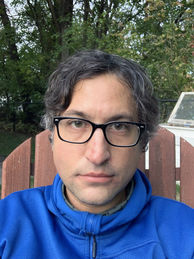 I earned my B.S. from University of Wisconsin-Madison, where I studied physics, astronomy, mathematics, and medieval history. My research focuses on prehistoric conflict, social networks, human-environment systems, and the mechanisms that explain human bio-cultural diversity. For my dissertation research, I focused on how conflict impacted social structure during the earliest Neolithic period of northwestern Belgium (Linienbandkeramik culture, c. 5200-5000 BC). This work was recently published as a book (LBK realpolitik, Archaeopress, 2015). I currently conduct field and laboratory research focused in two world areas, Europe and the southwestern Pacific. With NSF funding, I am researching long-term human response to environmental change in the area around Aitape, northern Papua New Guinea, as well as how changes in human settlement and social networks may explain the high levels of human diversity currently found there. With colleagues from the US, Canada, and Hungary, I am currently involved in the BAKOTA project (http://bakota.net/), which explores social change during the Middle Bronze Age of eastern Hungary. This project is run as an NSF REU funded field school focused on the cemetery of Békés 103. I have published on the archaeology of Mesoamerica and South America, and have previously conducted archaeological and geological fieldwork in North America. Methodologically, I specialize in the application of physical scientific methods to the archaeological record, as well as social network analysis. I am also a Research Associate at the Field Museum of Natural History.