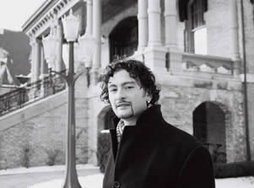 My scholarly and public engagement delves into the tension between human existence and structures of power. I focus on migration and refugee mobility; sovereignty, democracy, and human rights; citizenship, cities, and aesthetics; pluralism and religion in public life; and epistemology. My social-cultural and geopolitical vantage point centers on the Euro-Mediterranean region, including the Mediterranean Sea. Reflecting such interests, I serve as concurrent associate professor in the Keough School of Global Affairs, and I am a fellow with the Kellogg Institute for International Studies, the Nanovic Institute for European Studies, the Kroc Institute for International Peace Studies, Italian Studies, and the Center for Civil and Human Rights. I also serve as a research associate at the Center for Comparative Immigration Studies, UC San Diego.