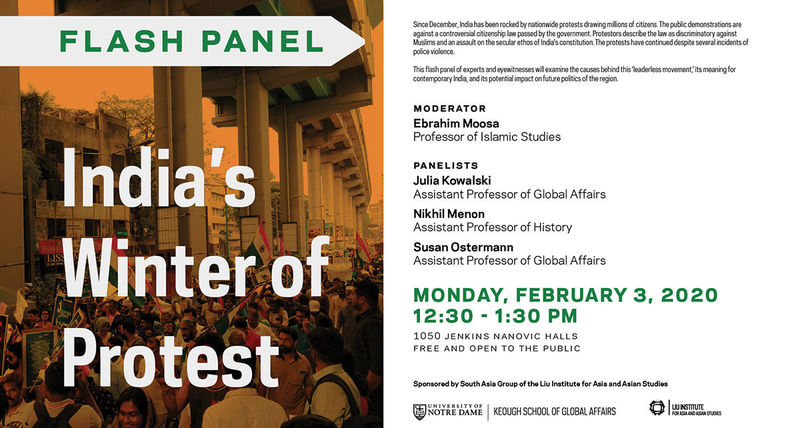 Since December, India has been rocked by nationwide protests drawing millions of citizens. The public demonstrations are against a controversial citizenship law passed by the government. Protestors describe the law as discriminatory against Muslims and an assault on the secular ethos of India’s constitution. The protests have continued despite several incidents of police violence.

This flash panel of experts and eyewitnesses will examine the causes behind this ‘leaderless movement,’ its meaning for contemporary India, and its potential impact on future politics of the region.