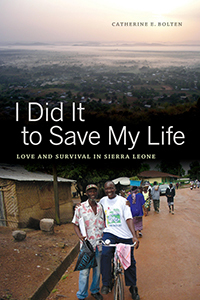 I Did It to Save My Life: Love and Survival in Sierra Leone

I Did it To Save My Life provides fresh insight into how ordinary Sierra Leoneans survived the war that devastated their country for a decade. Individuals in the town of Makeni narrate survival, illuminating a social world based on love that transcends romance and binds people together across space and through time. In situating their wartime lives firmly in this world, they call into question the government’s narrative that Makeni residents collaborated with rebel forces. Instead, they argue that it was the government’s disloyalty to its people, rather than rebel invasion and occupation, which destroyed the town and forced uneasy co-existence between civilians and militants. 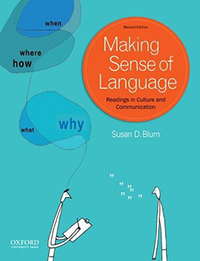 Professor and Chair of Anthropology

Chosen for their accessibility and diversity, these readings engage students in thinking about the ability to use language—perhaps the most uniquely human of all our characteristics—and how this skill relates to both classical theories of language and contemporary life. Instead of taking an ideological stance on these issues, the text presents a range of theoretical perspectives and bolsters them with pedagogical support, including chapter introductions; critical-thinking, reading, and application questions; and a comprehensive glossary. Weaving in questions of power, gender, identity, ritual, interaction, and the nature of language throughout, the second edition of Making Sense of Language is a key text for courses in language and culture and linguistic anthropology. 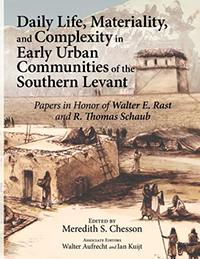 This volume emerges from a session honoring Walter E. Rast and R. Thomas Schaub held during the 2003 Annual Meeting of the American Schools of Oriental Research. The contributors honor the careers and scholarly passions of Walt and Tom, whose work in southern Levantine archaeology began in the 1960s. The breadth and depth of experience of the contributors’ disciplinary and theoretical interests reflects the shared influence of and esteem for Walt’s and Tom’s own scholarly gifts as archaeologists, mentors, collaborators, and intellectual innovators who pushed for more sophisticated analyses of Early Bronze Age life. 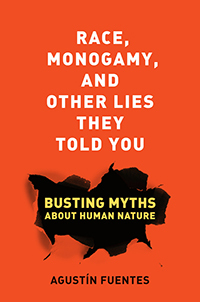 Race, Monogamy, and Other Lies They Told You: Busting Myths About Human Nature

There are three major myths of human nature: humans are divided into biological races; humans are naturally aggressive; men and women are truly different in behavior, desires, and wiring. In an engaging and wide-ranging narrative, Fuentes counters these pervasive and pernicious myths. While tackling misconceptions, he incorporates an accessible understanding of culture, genetics, and evolution requiring us to dispose of notions of “nature or nurture.” Presenting scientific evidence from diverse fields, he devises a myth-busting toolkit to dismantle persistent fallacies about the validity of biological races, the innateness of aggression and violence, the nature of monogamy, and differences between the sexes. 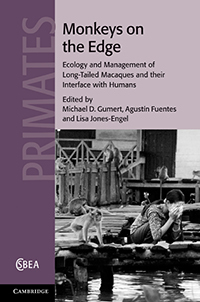 Monkeys on the Edge: Ecology and Management of Long-tailed Macaques and Their Interface With Humans

Long-tailed macaques (Macaca fascicularis) have a wide geographical distribution and extensively overlap with human societies across southeast Asia, regularly using the edges of secondary forest and inhabiting numerous anthropogenic environments, including temple grounds, cities, and farmlands. Yet despite their apparent ubiquity across the region, there are striking gaps in our understanding of long-tailed macaque population ecology. This timely volume, a key resource for primatologists, anthropologists, and conservationists, underlines the urgent need for comprehensive population studies on common macaques and provides the first detailed look at research on this underexplored species. 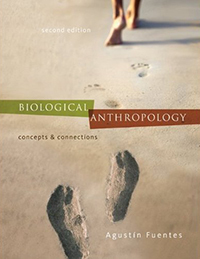 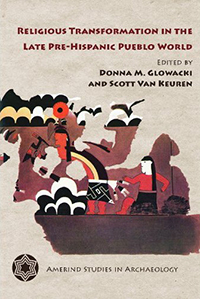 The mid-13th century marks the beginning of tremendous social change among Ancestral Pueblo peoples of the U.S. southwest, foreshadowing the emergence of the modern Pueblo world. Regional depopulations, long-distance migrations, and widespread resettlement into large plaza-oriented villages forever altered community life. Archaeologists have tended to view these historical events as adaptive responses to climatic, environmental, and economic conditions. Recently, however, more attention is being given to the central role of religion during these transformative periods. The contributors to this volume employ a wide range of archaeological evidence to examine the origin and development of religious ideologies and the ways they shaped Pueblo societies in the centuries prior to European contact. 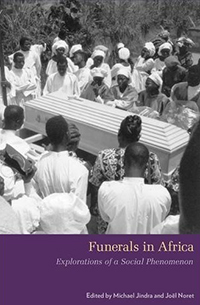 Funerals in Africa: Explorations of a Social Phenomenon

Across Africa, funerals and events remembering the dead have become larger and more numerous over the years. Whereas in the West death is normally a private and family affair, in Africa funerals are often the central life-cycle event, unparalleled in cost and importance. Families harness vast amounts of resources to host lavish events for multitudes of people with ramifications well beyond the occasion. This volume brings together scholars who have conducted research on funerary events across sub-Saharan Africa. Their contributions offer an in-depth understanding of the broad changes and underlying causes in African societies over the years. 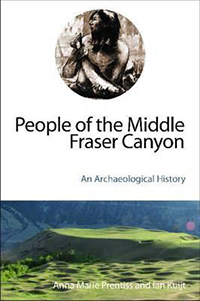 People of the Middle Fraser Canyon: An Archaeological History

The Middle Fraser Canyon contains some of the most important archaeological sites in British Columbia, including the remains of ancient villages that supported hundreds, if not thousands, of people. How and why did these villages come into being? Why were they abandoned? This volume takes readers on a voyage of discovery into the history of the St’át’imc, or Upper Lillooet people, from 8,000 years ago to the present. A wide-ranging vision of culture and ancient history in British Columbia is brought to vivid life through photographs, illustrations, artist renderings, and fictionalized accounts of life in the villages.