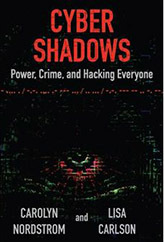 Cyber Shadows is a tour de horizon of the digital world's dark places, the threats and innovations in cybercrime, espionage, and surveillance - and new attacks moving beyond identity theft to hacking our behavioral patterns, brains, and DNA to buy and sell as lucrative business. The implications are staggering: from coercion to the end of the sovereign self.

Shaping the Motherhood of Indigenous Mexico 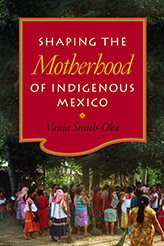 Mainstream Mexican views of indigenous women center on them as problematic mothers, and development programs have included the goal of helping these women become "good mothers." Economic incentives and conditional cash transfers are the vehicles for achieving this goal. With ethnographic immediacy, Shaping the Motherhood of Indigenous Mexico examines the dynamics among the various players--indigenous mothers, clinicians, and representatives of development programs. The women's voices lead the reader to understand the structures of dependency that paradoxically bind indigenous women within a program that calls for their empowerment.

“Prospecting the Past: Genetic Perspectives on the Extinction and Survival of Indigenous Peoples of the Caribbean”

“A Strange Way of Coming of Age: Why the Higher Education Conversation Needs Anthropology”

Learning In and Out of School: Education Across the Globe (conference proceedings)

“‘We Have Been Sensitized’: Ex-Combatants, Marginalization, and Youth in Postwar Sierra Leone”

The Oxford Handbook of the Archaeology of Death and Burial

“Evolutionary Perspectives and Transdisciplinary Intersections: A Roadmap to Generative Areas of Overlap in Discussing Human Nature”

“Biography of the Neolithic Body: Tracing Pathways to Cist II, Mound of the Hostages, Tara”

Tara—From the Past to the Future. Towards a New Research Agenda