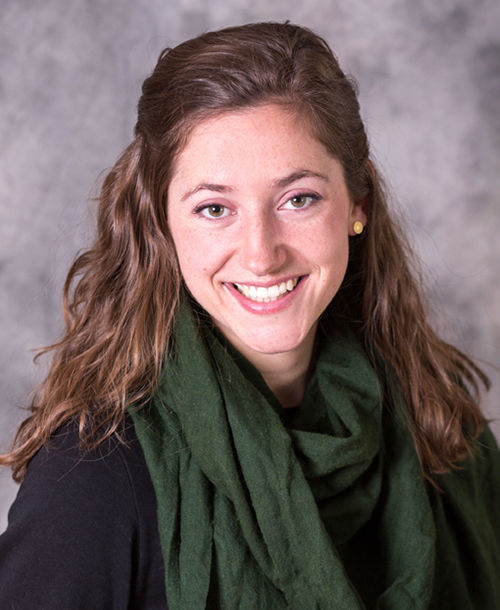 Teresa Kennedy ’16, an anthropology and peace studies major from Wilbraham, Massachusetts, is one of three Notre Dame students and alumni to be named Yenching Scholars, a globally competitive award that provides a full scholarship and stipend to pursue an interdisciplinary master’s degree at China’s top university.

“The fact that three of our applicants — all of whom studied in the College of Arts and Letters — were selected in this first year of the partnership is a testament to the strength of the University’s preparation of our students to take on complex contemporary issues on a global stage,” said Jeffrey Thibert, associate director in Notre Dame’s Flatley Center for Undergraduate Scholarly Engagement (CUSE).

John “Jake” Grefenstette ’16, a theology major, is part of the current cohort of 125 students from 40 countries and more than 80 universities worldwide.

Yenching Scholars engage in an English-language master of Chinese studies program designed to equip students with a nuanced understanding of China and its role in the world. Peking University modeled the program after the Rhodes Scholarship and attracts young people from around the globe who show promise to lead and innovate in their fields.

Kennedy, a Hesburgh-Yusko Scholar and winner of the Yarrow Award in Peace Studies at Notre Dame, spent the past year teaching English as a second language in western Massachusetts. Her anthropology senior thesis focused on notions of identity and dignity within the Mapuche community in Chile and her peace studies senior capstone argued for the need for dialogue between supporters and opponents of now-President Donald Trump.

She hopes being a Yenching Scholar will further her study of the relationship between culture and human rights.

“China occupies a specific yet significant niche within this area, and Yenching Academy’s program seemed like a perfect way to study this concept within an academic setting while being culturally immersed,” she said. “I am incredibly honored to have been named a Yenching Scholar, and I look forward to what the year ahead holds.”

Students and alumni who are interested in learning more about this national fellowship opportunity should visit the Yenching Academy page on the website of the Flatley Center for Undergraduate Scholarly Engagement (CUSE).