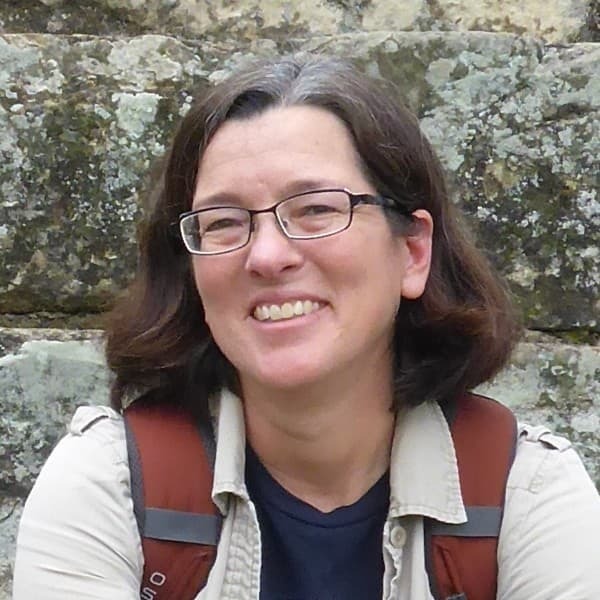 For over 25 years, Donna M. Glowacki has been doing archaeological research in the northern U.S. Southwest that focuses on understanding how societies change, particularly the social processes that lead to regional depopulation and migration, the formation of large, aggregated villages, and pottery production and exchange. Her book, Living & Leaving: A Social History of Regional Depopulation in Thirteenth-century Mesa Verde (University of Arizona Press) explores these and other issues related to the ancestral Pueblo people of Mesa Verde. She has conducted fieldwork at 89 of the largest ancestral Pueblo archaeological sites in the Mesa Verde region. Glowacki is an Associate Professor of Anthropology at the University of Notre Dame and a long-time research associate of Crow Canyon Archaeological Center and Mesa Verde National Park. She is also affiliated faculty with Notre Dame’s Environmental Change Initiative. Her publications include one book, two edited volumes, and 24 peer-reviewed book chapters and articles. Glowacki’s research has been featured in Nature, the New York Times, the Washington Post, the award-winning Mesa Verde Voices podcast, and the book House of Rain: Tracking a Vanished Civilization across the American Southwest by Craig Childs. Her current research in Mesa Verde National Park focuses on how large ancestral Pueblo village organization changed between 900 and 1290 CE at both Spruce Tree House cliff dwelling and the Far View Community, with particular attention to how their ancient water management strategies were used in adapting to their high desert environment.