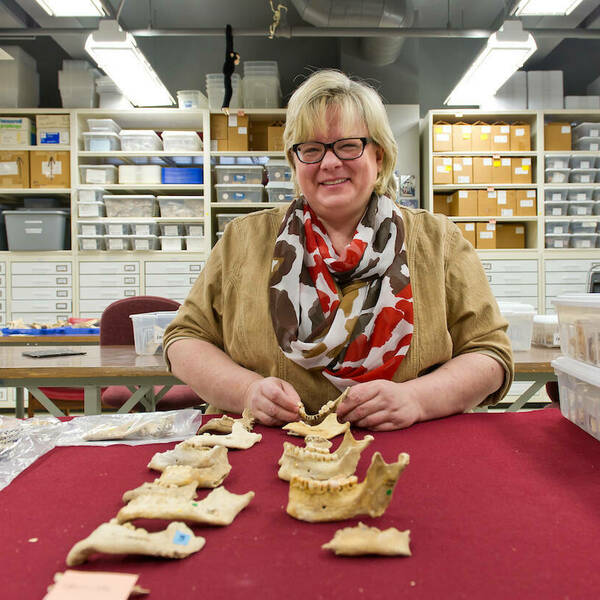 A specialist in biological anthropology, Sheridan’s research interests include analysis of ancient diet and disease, with particular interest in childhood health and adaptability, occupational stress and female reproductive status.

She is one of the lead researchers for the Dead Sea Plain Project—an ongoing excavation that, for the last 40 years, has investigated the way people lived and died in the world’s earliest walled cities, settled more than 3,000 years ago in southern Jordan on the southeastern shore of the Dead Sea. She has been conducting a detailed analysis of some 15,000 bones using biocultural anthropology, which integrates information from both the natural and the historical and archaeological records of a people into a holistic blueprint for studying the past.

Her projects in the Near East have included analysis of remains from Qumran and from the Late Bronze/Early Iron Age site of Tel Dothan. She has also worked on populations from Sudan (Nubians) and the American Southwest (Hohokam).

Sheridan, along with her students, conducted original research using the large Byzantine St. Stephen’s skeletal collection exhumed from the grounds of the Ecole Biblique in Jerusalem. The Ecole Biblique is a renowned institute for Biblical archaeology as well as the site of a Dominican monastery that is believed to be the final resting place of Christendom’s first martyr — St. Stephen. In 1998, Sheridan completed an on-site exhumation of the bones of Byzantine monks and others who lived on the monastery’s grounds between the fifth and seventh centuries.